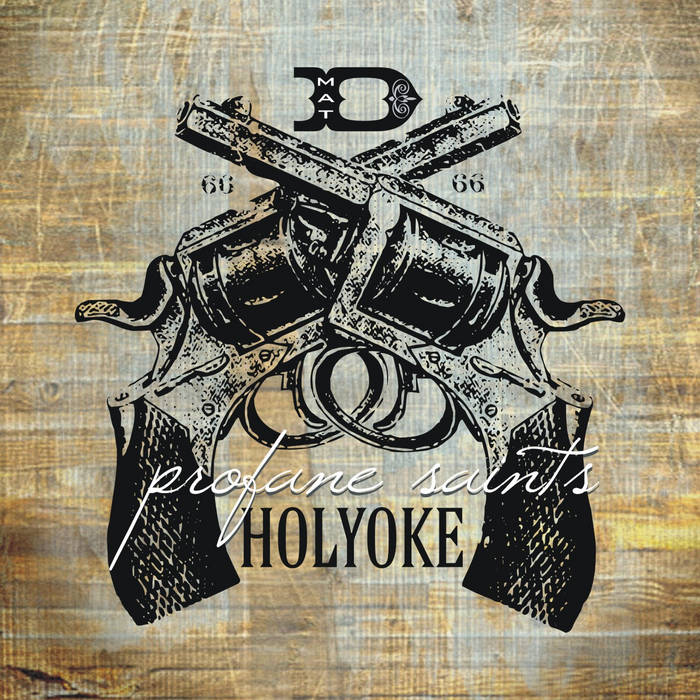 Bucky Mat D is back with Holyoke and it continues on with the gritty outlaw country twang and commanding vocals, could be his best yet! Great job on the cover art, as it matches the mood of the music perfectly. Great stuff! Favorite track: Carry Me to Canaan.

"Holyoke" - the third full length album from Mat D and the Profane Saints, the first in 4-1/2 years since 2009's "Dirt Town City Limits" Originally intended and recorded as a solo album in 2011, the songs presented themselves as a band effort to Kurt, Jeff and Mat. After recording much of the album they scrapped the old tracks and opted to start over in 2012. Recording wrapped in December 2013 after three years of writing, re-writing, rehearsal and final sessions. Holyoke was inspired by the Old West, the topography of Colorado, Nebraska and South Dakota; as well as the stories and legends of the desert plains.

Singer-songwriter Mathew deRiso lives and works in Sioux Falls South Dakota. His music has been described as a mix of hard luck Americana and bad man ballads.

Bandcamp Daily  your guide to the world of Bandcamp